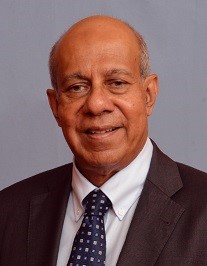 A Banker by profession, Fonseka has held several key positions in the local and international banking and financial sectors. He was the Chief Executive Officer of the DFCC Bank for over 13 years and prior to that was the Deputy Chief Executive Officer of HSBC Sri Lanka for 10 years. He has also served as the Chairman of the Colombo Stock Exchange and the Association of Development Financing Institutions in Asia and Pacific, Manila and as a Director of Commercial Bank of Ceylon PLC, and DFCC Vardhana Bank PLC. He was the President of the Sri Lanka National Advisory Council of the Chartered Institute of Securities & Investments, UK for over 10 years and is a Member of the US-Sri Lanka Fulbright Commission.

Fonseka has held many positions in the public sector as well. He was a member of the 2009 Presidential Commission on Taxation and a member of the National Procurement Commission established under the Constitution. He has served as a Director of the Credit Information Bureau and the Employees’ Trust Fund and has been the Co-Chairman of the national Council for Economic Development (NCED) – Capital Market Cluster.

Fonseka has authored many articles and made many presentations at seminars and conferences locally and internationally.