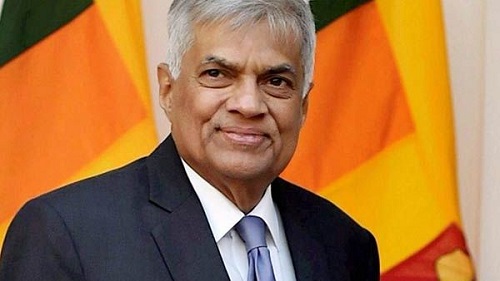 Sri Lanka is looking to fast-track talks with the International Monetary Fund and agree on a loan by mid-June so that it can then approach other lenders for urgently needed funds, Prime Minister Ranil Wickremesinghe told Aljazeera.

“We need to find the dollars — the IMF will not bring in the entire thing,” Wickremesinghe said. “But if we start with the IMF, it will be easier for others to help us”, he said.

Wickremesinghe is seeking a total of about $4 billion this year, from the multilateral lender and creditors including China and Japan, to help pay for food and fuel. Easing the shortages could be the first step to soothe public anger that has stoked inflation to almost 40% and triggered protests seeking the ouster of President Gotabaya Rajapaksa.

Wickremesinghe — who took on the additional role of finance minister on Wednesday — forecast that the economy will shrink 4% this year. He fears citizens will face hard times until February, including food scarcities due to a lack of fertilizer ahead of planting season.

“I can feel their anger,” Wickremesinghe said. “Some of them are missing one meal. A lot of people who had reached the middle class feel they’re being moved out. People are without employment. Farmers are without fertilizer for two seasons.”

Once an IMF deal is agreed, Wickremesinghe said he would seek debt restructuring from Beijing.

“We’re not in a debt trap,” Wickremesinghe said. “I think the percentage of loans by Japan and China are the same, except that the Chinese interest rates are higher.”

“One day we have to start repaying all the foreign debt we have, and if we don’t start earning we certainly will be getting into debt burden,” the prime minister said. “So we have to change our economic system.”